For online advertisers with dynamic or large amounts of data, managing campaigns manually can be very labor-intensive. Think of webshops with an array of products or travel companies with many accommodations/trips. Rick ten Voorde, Digital Advertising Marketer at Adwise, is familiar with this situation. Here he shares how Channable can contribute to optimizing Google Ads faster and more effectively. 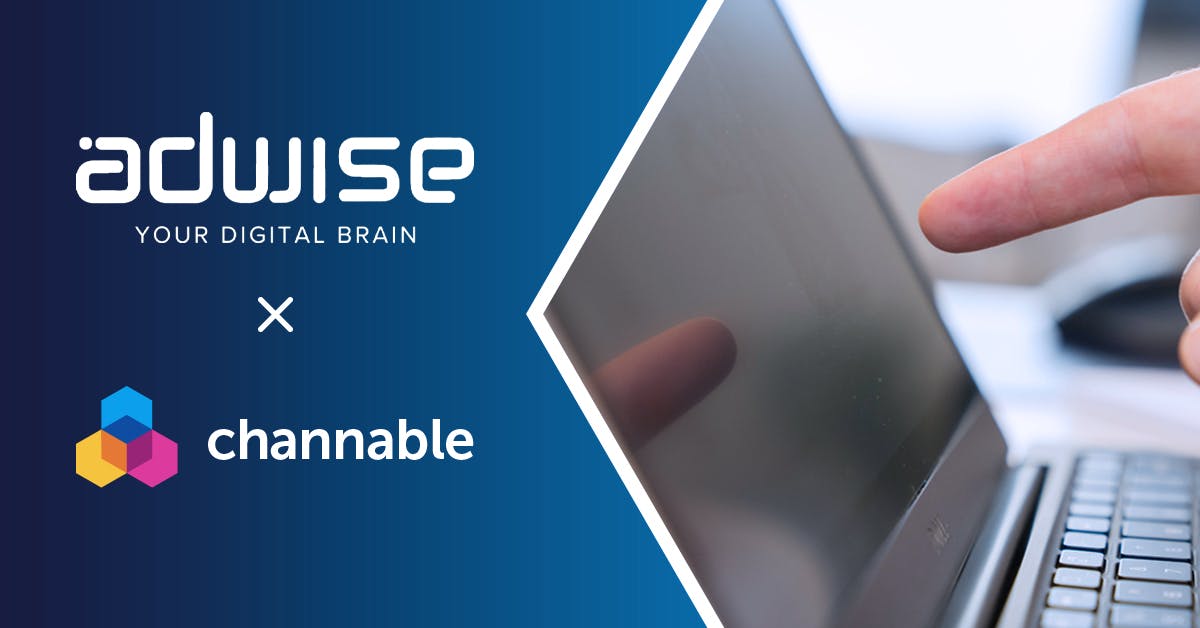 The tool is very user-friendly, allowing multiple advertising specialists to easily work within the tool. This, in combination with the service/support, were the decisive factors.

Adwise is a full-service digital agency with more than 85 professionals. They offer specializations in the fields of ecommerce, lead generation, process optimization, service & loyalty, labor market communication and branding. They use the SEA tool in Channable for many customers. This SEA tool consists of two features: Text Ads (Bing and Google) and Shopping campaigns. Adwise currently use Channable for around 100 customers.

Before Adwise started working with Channable, they first trialled a number of tools. The decision to opt for a collaboration with Channable was due to a number of reasons. According to Rick: "Like Adwise, Channable is a young and dynamic company. Channable’s support is customer-friendly, clear and always ready to find to a solution with you. In addition, Channable offers the right support for, for example, the optimization of Google Shopping, Bol.com, Amazon and dynamic Text Ads in Google Ads. In terms of price and functionality, Channable is far ahead of other feed management tools. The Channable Text Ads functionality is also a lot cheaper compared to other tools, which often ask for a percentage of the CPC.'

Rick tells us how Adwise work within Channable: "The search campaigns from the SEA tool are perfectly synchronized from the feed. In addition, it is possible to make changes to the campaigns from Google Ads. This has no further influence on the functions that are performed by the dynamic text tool. The campaigns can be filled manually with ad extensions that are not yet available within the Channable tool and you can also manually add extra search terms in the ad groups. '

One of Adwise’s clients, Oad, is a Dutch travel organization that specializes in bus trips, flight holidays and day trips for groups and individual travelers. Adwise manages all of Oad’s feeds in Channable. Oad had requested that Adwise further automate the search campaigns within Google Ads for their entire offer: “It is impossible to keep the complete travel offer manually up-to-date within the campaigns; prices and travel availability change quickly.

That is why we decided to largely automate the search campaigns, on the basis of a feed. Journeys that are not available are automatically removed from the campaigns and new groups are automatically created with relevant search terms. For this purpose, the Channable’ SEA tool is perfect. For campaign creation this tool offers the same functions as more expensive tools such as Adcore, Doubleclick search or Bgenius, but Channable’s pricing is way more attractive.'

Rick is very satisfied with the results achieved so far: ‘Most of the profit lies in automating the campaigns that were previously managed manually. The risk of error is huge for manual campaigns because with strongly fluctuating offers there is a risk of advertising trips that are not available at that moment. This is not the case with an automated campaign. The profit can also be clearly seen in the increase in ROAS since using Channable.'

Compared to the non-branded campaigns that were tracked manually, the CPC dropped by 11%. In addition, there was an improvement in the CTR of 6%. But the most important thing; the ROAS increased 135%, from 406% to 953%.

Adwise recommend Channable mainly to companies where the supply is large and varies greatly. “For example large online shops with many products, but also recruitment agencies with a great number of vacancy offers. If a lot of long-tail terms are sought within the market, the dynamic Text Ads feature is a solution.”

For (new) Channable users, Rick wanted to part with some words of advice: “Start with a dynamic campaign on a small scale, for example based on ‘brand’ + ‘type’/‘series’ for an online retailer’s feed. See how it performs compared to your manual campaigns and gradually expand this if you see positive results. That way you can slowly automate more and more. This gives you more time to have an impact at a strategic level.”

Traffic Builders, winner of Use Case of the Year 2020: “We increased the leads by 500% within a year”

Conquering Europe. That is the CarNext.com mission. During the Channable online Partner Event, Jaap Hopmans, Digital Advertising Consultant at Traffic Builders, explained how they started collaboratin...

Maxlead, a strategic marketing partner of Channable, used Channable Insights to achieve performance improvements while also reducing time spent. In this success story, we interview Maxlead on how they...